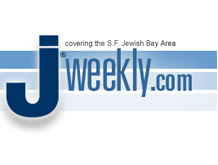 Barbara Moser, a family law attorney in San Francisco, and her husband, David Moser, an environmental lawyer, were sworn into the Supreme Court bar last month in Washington, D.C. They are now able to appear before the court and make use of its resources. Jeremy and Josh Moser flew in from college to participate in the festivities, which included a meeting with Justice Ruth Bader Ginsburg.

In addition Barbara Moser was voted JWeekly’s Readers Choice for Top/Best Lawyer in San Francisco for the follow years: